Richard Ojeda is a well-known American politician and former army officer who served as the senator from West Virginia State since 2016. He is a member of Democratic Party. In fact, Ojeda comes to the timeline around the United States when he declared his candidacy for the upcoming 2020 presidential election.

Richard Ojeda was born on October 25, 1970, in Rochester, Minnesota, United States to Richard N. Ojeda and Florena. His paternal grandfather was a Mexican who illegally immigrated from the home country. In fact, he was born in a Democratic family and registered himself as a Democrat. Ojeda’s childhood passed in Mexico until the age of 8.

He studied at Logan High School and completed graduation from the school. Then he received bachelor’s degree from West Virginia State University in general education. Furthermore, Ojeda received a master’s degree in business and organizational security from Webster University.

Ojeda serves in the United States Army for 24 years and retired as a major. He had two combat tours in Iraq and Afghanistan. He won two bronze stars for his outstanding support as an army officer. Ojeda is an excellent public speaker and easily can influence the people.

In personal life, Richard Ojeda is a married person. He tied a knot with Kelly Ojeda in 1997; together the couple has a daughter named Kayla Lavon. 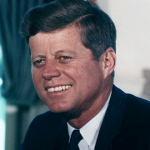 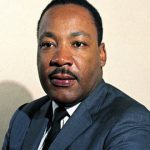