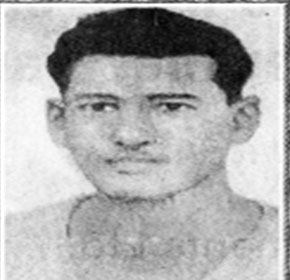 Mostafa Kamal is a great freedom fighter of Bangladesh liberation war in 1971. He was awarded highest recognition ‘Bir Sreshtho’ of the Liberation War of Bangladesh for his outstanding contribution. Mostafa fought in the sector 7 during the liberation war. He was a well-known boxer. The great hero was killed in a defensive attack against the occupying Pakistan army in Daruin village of Brahmanbaria.

Mostafa Kamal was born on December 16, 1947, at Poshchim Hajipur, Daulatkhana, Bhola. His father Habibur Rahman was a Havildar in the army. From early childhood, he was so much daring and Kamal’s study could not go far enough. He had his education only up to second grade and spent most of the time with his father at the Comilla Cantonment.

By sending 11th Platoon of a company at Daruin, Major Shafayat Jamil made stronger his force. At 12 pm Pakistanis attacked from two sides west and behind as a result Regiment decided to retreat from Daruin. But Mostafa Kamal took the responsibility safe returning of fellow fighters.

As he relentlessly kept firing toward Pakistani army with a light machine gun, most of the fighter retreated to a safer position. Kamal was able to kill eight Pakistani soldiers, but on a stage, when his bullet was finished, bayoneted to death.

Bhola district council builds a library and museum after his name. Besides his own village, Moutopy named Kamal Nagar after him.