Apu Biswas is a Bangladeshi beautiful, popular, famous film actress. She is a talented actress in Bangladesh who has added a new dimension to the Bangladesh film industry. She has been given a new shape of bangle film and acted in more than 55 films within a short time. It is called that Shakib Khan and Apu Biswas are the most successful hero and heroin in Dhallywood. Audiences are attracted by her sexy body language and nice looking. Apu Biswas comes to the timeline around the country, with the acting in the movie ‘Koti Takar Kabin’ with co-actor Shakib Khan.

Bangladeshi famous film actress Apu Biswas was born on 25 February in a Hindu family in Bogra, Bangladesh to the father, Upendronath Biswas, and mother, Shefali Bishwas. She had an extreme passion for film from his early childhood. She also loved dancing from his early career and learned to dance at Shilpakola Academy. Her parents encouraged her to build up a career in the showbiz arena.

She emerged in the Dhallywood film industry as the most powerful actress. She made her debut in the film industry with the film Kal Shakala (2006). She is regarded as the nearly all successful and powerful actress after Shabnur and Mowshomi. Apu showed her magnificent performance in the “Koti Takar Kabin” which was the most commercially flourishing film in Dhallywood. Jaan Qurban, King Khan, No. One Shakib Khan, Ekbar Bol Valobashi, Ek Mon Ek Pran, Chacho Amar Chacho are significant films by Apu Biswas. Apu, come back to the showbiz industry after one year break with a new-looking appearance, dramatically she reduced her weight and framed a new body structure.

Apu Biswas tied a knot with Shakib Khan on April 08, 2008, secretly and changed her name to Apu Islam Khan. The couple has a son named Abraham Khan Joy, the total fact was hidden until she discloses it on a private television live program on April 10, 2017. 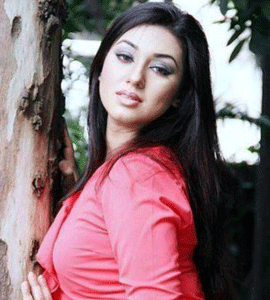