Kazi Nazrul Islam is the national poet of Bangladesh who is especially recognized as a Bidrohi Kobi (rebel poet) around the country. Nazrul is a famous poet, musician and philosopher of Bangladesh. The famous poet Nazrul’s writings deal with the revolution of that period of the British government. His revolutionary attempt helped him to be a national poet of Bangladesh. He has raised his voice against any kinds of fascism and oppression and got popularity swiftly around the Indian Subcontinent.

Kazi Nazrul Islam was born on 24 May 1899 in Churuila, Burdwan, Bengal Presidency (West Bengal) to Kazi Faqeer Ahmed and Zahida Khatun. He was born in a well-known Muslim family and Nazrul’s father was Imam. He learned Quran and Islamic philosophy by attending the local religious educational institute. He was enrolled in the Darirampur School (Jatiya Kabi Kazi Nazrul Islam University) in 1914 in Trishal, Mymensingh where Nazrul did not attend the matriculation pre-test examination. Nazrul left the study while studying in class nine and joined in the Indian Army in 1917 at the age of eighteen.

The writings of Kazi Nazrul Islam deal with the revolutionary appeal. Nazrul has a strong voice against all kinds of bigotry including religious and gender. He wrote many novels, songs and much literary term, but he is well known for his poems. Nearly four thousand songs were composed by Nazrul these are collectively known as Nazrul Geeti. In 1922, with the publication of ‘Bidrohi’ he came to the limelight very swiftly. He had been suffering from an unknown disease when he was 43 years old and lost voice and memory. There is a suspect that British government applied a slow poison in his body. Then Bangabandhu Sheikh Mujibur Rahman brought him in Dhaka in 1972 along with his family. The national poet of Bangladesh Kazi Nazrul Islam died four years later in Dhaka. 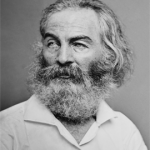 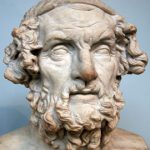 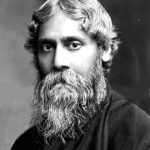