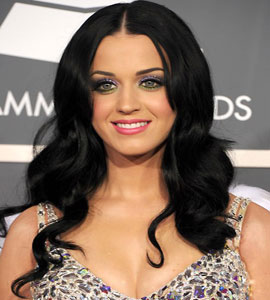 Katy Perry is a popular American singer, songwriter and actress with hot body shape. She is known for over-the-top fashions, dresses up and catchy song. She becomes famous after releasing her catchy song “I Kissed a Girl”.

Katy Perry was born was born on October 25, 1984, in Santa Barbara, California, the USA to Keith Hudson (father) and Mary Christine Perry (mother). She is the second child of three siblings. Perry has a younger brother and an older sister. She was nursed by the Christian pastor parents at her early age. She was interested in music from her childhood and signing at church as children singer. After High School GED test, he decided to take up music as a profession.

In 2001, she was released first music album under her real name Katy Hudson. Perry contracts with Capitol Music Group and changed her name leave Katy Perry in 2007. In this time she has published her first singles ‘Ur So Gay’ on the internet. In 2008, she achieved the highest fame with the publication of her second solo music named ‘’I Kissed Girl’’ It gained universal fame and took place in the top chart of many countries. In the same year, Perry’s one of the first major album was released and Recording Industry Association of America gives platinum certification to the album.

Perry is well known for her appears frequently on the stage in costumes with deep cleavages. She is one of the most desirable women in the world and has won numerous awards. Perry has written the song for various singers like Selena Gomez.

Perry was being teased due to her big breast during her high school life. She was dated with Robert Ackroyd, John Mayer, and Riff Raff. On October 23, 2010, Katy Perry married Russell Brand in a traditional Hindu ceremony in India. Brand filed for divorce after a year of their marriage on 30 December 2011 and their divorce was finalized on July 16, 2012.