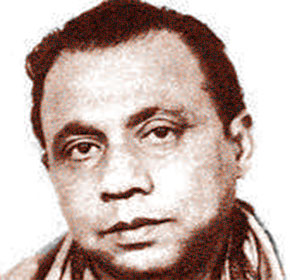 AHM Qamaruzzaman was born on June 26, 1926, at Nurpur, Natore, Bangladesh in the maternal uncle house. His paternal house was in Rajshahi. He was a son of Zamindar Family, Abdul Hamid was his father and Begum Jebunessa was the mother. Qamaruzzaman was eldest among 12 children of his parents.

In the unstable political situation, Bangabandhu Sheikh Mujibur Rahman formed a high command with five members where he was an important leader. He was the minister of relief and rehabilitation in the Mujibnagar Government, formed following the arrest of Bangabandhu Sheikh Mujibur Rahman on March 25, 1071. The leader was an executive member of BAKSAL.

After the assassination of Bengali father of nation Bangabandhu Sheikh Mujibur Rahman on August 15, 1975, Qamaruzzaman was placed immediately under house arrest.  On August 23, 1975, Qamaruzzaman was arrested with other Sheikh Mujibur’s loyalists – Tajuddin Ahmad, Syed Nazrul Islam and Muhammad Mansur Ali by the new president Khondaker Mostaq Ahmad and imprisoned in the Dhaka Central Jail. On November 3, 1975, he was assassinated brutally under controversial circumstances by a group of an army officer.  Every year, the day is commemorated as infamous Jail Killing Day across the country.