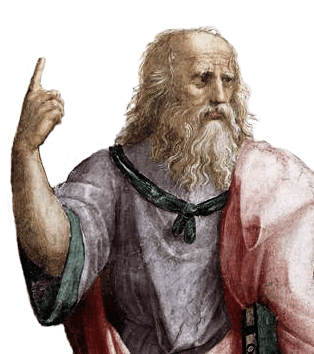 Plato was a Classical Greek philosopher, mathematician, student of Socrates, and teacher of Aristotle. Plato represents the starting point of Western philosophy. His writings deal with justice, beauty, and equality, as well as written on aesthetics, political philosophy, theology, cosmology, epistemology, and the philosophy of language.

His conjecture on these subjects has been read and studied for over 2,300 years. Plato stands, therefore, as one of the great fathers of Western thought.

Plato’s exact birth place and time are unknown, but most modern scholars believe that he was born in Athens between 429 and 423 BC., to his father, Ariston, and mother, Perictione. His father died while Plato was young, and his mother remarried his uncle Pyrilampes, a Greek politician and ambassador to Persia.

However, as a young man, he made acquaintance with the renowned philosopher Socrates, who became his friend and teacher. Later Socrates was condemned, sentenced to death, and executed. After the death of Socrates, Plato left Athens and spent the next 12 years throughout the Mediterranean area.

He returned to Athens and founded a school there in about 347 BC. The school or academy continued in operation for over nine hundred years. Plato spent most of his remaining forty years in Athens teaching and writing philosophy.  His most famous pupil Aristotle came to the academy when he was seventeen and Plato was sixty. At the age of eighty Plato died in 347 BC.