A list of top Bangladeshis cricketers of all time:

Shakib Al Hasan (1987- ) Shakib Al Hasan is the best player of Bangladesh Cricket Team in history. ICC declared him as the #1 All-Rounder in all formats of cricket In January 2005. He is the best internationally recognized cricketer from Bangladesh. He is really a game changer.

Mohammad Ashraful (1984- ) Mohammad Ashraful is one of the best cricketers of Bangladesh who made his debut in the cricket world at only 16 years old. He is the youngest test centurion of the world that he made against Sri Lanka. He is regarded as ‘Little Master’ in the cricket world. Most of the significant wins of Bangladesh come under his hands such as the win against Australia, India and Sri Lanka. Unfortunately, he is out of cricket now for spot-fixing.

Akram khan (1968- ) Akram khan was a famous Bangladeshi cricketer. He was born in Chittagong; some successful cricketers come from this district like his nephew Tamim Iqbal and Nafess Iqbal. He was one of the key players of ICC Trophy Wining Team. He served as a chief selector of Bangladesh Cricket Board.

Naimur Rahman Durjoy (1974- ) Naimur Rahman was the first test captain of Bangladesh Cricket Team. He was one of the key players of ICC Trophy wining side. Naimur was the President of Cricketers’ Welfare Association of Bangladesh. On test debut of Bangladesh, he led the team against India in 2000 and took 6 wickets including Sachin and Sourav Ganguly.

Athar Ali Khan (1962- ) Athar Ali Khan was a Bangladeshi national cricket team player. He was a right-handed batsman who currently working as a commentator. He played 19 ODIs for Bangladesh and scored 532 runs. Slow-medium pacer Athar is one of the tallest players of Bangladesh Cricket Team.

Minhajul Abedin Nannu (1965- ) Minhajul Abedin was a Bangladeshi National Cricket Team player who served as captain twice during Asia Cup of 1990-91. He is best known by his nickname as Nannu in Bangladesh. He played 27 ODIs throughout his career, at present, he is the chief selector of Bangladesh Cricket Board.

Tamim Iqbal (1989- ) Tamim Iqbal is a successful Bangladeshi batsman who is best known for his dashing bating style throughout the country. He is the second double centurion in Test Cricket after Mushfiqur Rahim. In Test and ODI cricket he is the personal highest run scorer.

Mohammed Rafique (1970- ) Rafique is a Bangladeshi well-known cricketer who was born in Dhaka. He is one of the leading wicket taker players of Bangladesh National Cricket Team. Rafique was a slow-left-arm orthodox bowler who took 100 wickets in Test and ODI cricket, at first, time as Bangladeshi cricketer.

Abdur Razzak (1982- ) Razzak is one of the top cricketers of Bangladesh Cricket Team who was born in Khulna, from where he started career journey in the cricket world. Slow left-arm orthodox blower, Abdur Razzak is a leading wicket taker in ODI cricket, took more than 207 wickets. He played IPL in 2008 for Royal Challengers Bangalore.

Rubel Hossain (1990- ) Rubel is one of the top Bangladeshi cricketers who was born in a poor family in Bagerhat. He is best-known in the cricket world for his outstanding performance in 2015 World Cup against England where Bangladesh qualified quarter-final for the first time. Rubel is a controversial cricketer for his love relation with Naznin Akter Happy.

Greatest 20 Bengalis in the history

Most Powerful Politicians of Bangladesh in 2019

All Ministers of Bangladesh 2019 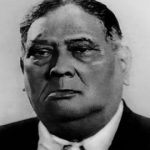 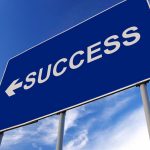 How to Be Success in Life

One thought on “Top Bangladeshi Cricketers”