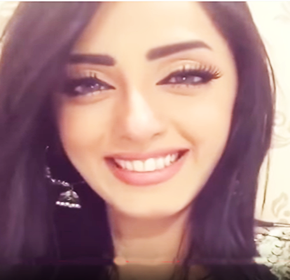 Sanam Chaudhry is an ambitious young Pakistani actress and model. She is also good at hosting. Sanam is the most talented, beautiful and young charming star who is trying to get fame and name at national and international level. She has perfect body figure to establish a bright career in Pakistan showbiz industry in a very short time. The nice looking actress has already got success.

Sanam Chaudhry, the hot model was born on August 27, 1991, in Jeddah, Saudi Arabia. She was brought up by Zaib Chaudhry, her only elder sister. Zaib Chaudhry is also a famous name of showbiz industry of Pakistan. Sanam is the Complete graduated from the University of Central Punjab. She is a very passionate fan of Pakistan media industry from childhood.

Sanam Chaudhry started her beautiful career with modeling. She is also working as a TV host and do a music video ‘Rang Bazi’. The actress appeared a number of drama serials including ‘Saheliyaan’, ‘Ishq Hamari Galiyon Mein’, ‘Zindagi Tujh Ko Jiya’ and ‘Meher aur Meherban’. She is mostly known for her popular drama serial ‘Aasmanon Pay Likha’ directed by Mohsin Mirza aired on Geo Entertainment Television.

The romantic actress, Sanam Chaudhry has made film debut with the movie ‘Ishq 2020’ directed by Najaf Bilgrami. She has acted with co-actor Muneeb Butt and Mariam Ansari, the movie has been released in September 2016 on the occasion of Eidul Adha. The movie is told the new way to fall in love and completely different from other Pakistani movies.

Recently, Sanam is going to perform an upcoming movie ‘100 Core’. The glamorous actress already showed off multi-talent and won a number of prestigious Awards including ‘3rd Hum Awards’.

Sanam Chaudhry is the innocent face of the Pakistan showbiz industry. She is doing well in the media arena and getting good feedback from her fans. The pretty lady does not marry at all. She is very serious about jobs. The actress likes music and shopping. She is most known as the name Sam to her dears and nears.