Hazel Keech is a British−Mauritian model and actress who regularly performs in the Indian showbiz industry. The lady is best known around the subcontinent for her marriage with Indian famous cricketer Yuvraj Singh. She predominately appears in the television program, in recent, Hazel is seen in several Bollywood movies. The beautiful actress also appeared in the reality television program Bigg Boss 7.

Hazel Keech was born on February 28, 1987, in Mumbai, India. Her father is a British where the mother is Mauritian who belongs to Hindu of Bihari ancestry. She completed her schooling at Beal High School in Redbridge, London. During schooling, Hazel performed in several stage shows and learned different types of dance including Indian classical British dance. Keech was so much passionate about media arena from early childhood eventually turned herself into a professional actress.

Hazel Keech kicked off media journey with the British dance program Agatha Christie’s Marple. Her working in the Bollywood film industry featured by the BBC  documentary show. Hazel joined to Bombay Dreams, a Bollywood musical team during its tour in London in 2002. She was associated with ‘Harry Potter’ film. At the age of 18, while visiting India, she got the offers to work in Bollywood industry and the actress stays more here in pursuing build up the acting career. Hazel appeared in some music video and television commercials.

Hazel Keech appeared in the song ‘Kahin Pe Nigahen’. She made her film debut with the movie ‘Bodyguard’ where she starred for supporting role with Salman Khan and Kareena Kapoor in 2011. She also acted in Tamil film ‘Billa’ for an item song ‘Sei Ethavathu’. The actress also appeared in several popular item songs such as ‘Aa Ante Amlapuram’ and ‘Chal Chal Chal’ respectively of the movie ‘Maximum’ and ‘Krishnam Vande Jagadgurum’.

Hazel Keech married Indian well-known cricketer Yuvraj Singh in a colorful wedding ceremony on November 30, 2016, after a year courtship. From now, she will be introduced by her new name ‘Gurbasant Kaur’. The marriage is one of the high-profile marriage in India where most of the celebrity were presented. Virat Kohli and Anushka Sharma danced in the wedding ceremony. 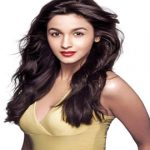